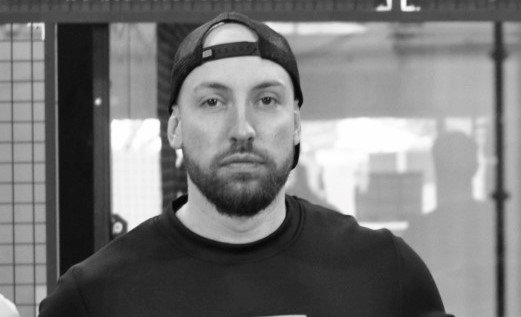 During the World Padel Tour Human Padel Open we were able to talk to physiotherapist Robin Camman, who was working during the match.

Preparing players and taking care of them after matches

Padel Magazine: Robin, can you introduce yourself. What is history with the padel?

Robin Camman: I am 28 years old, I am Albigensen and I work in Albi as a physiotherapist in a private practice specializing in sports and manual therapy.
I play a lot of sports, but because I started playing tennis from an early age, I quickly became addicted to padel. It was in Spain that I discovered this sport during my training as a physiotherapist and since 2018 I have been playing in competition, currently I am 173rd and hope to climb the highest
possible ! (laughs)

PM: What was your role during the Human Padel Open?

CR: During the Human Padel Open I was one of two referent physiotherapists at Oscar, a
Spanish physiotherapist who has been following players for six years to prepare them
and treat before and after the matches, but also during injuries or when they call us to apply a fixation/band.

All players come on weekdays because they know how important that can be
physiotherapy, especially if you are a top athlete.

Luckily we weren’t the only ones driving so many players, because we had seven
very competent interns during this great week. They helped us a lot to make sure
I followed the players and I wanted to thank them (Cassandra, Rémi, Théo, Alban, Aimeric, Romain).

PM: What issues do players generally come to you about?

CR: Players actually spend a lot of time with us. It starts during the pre-match where we prefer to massage to prepare the body for the effort, work on joint mobility and apply fixations/straps according to everyone’s request.

Then they come after the competition to support muscle relaxation, tension reduction, stretching, etc. This is when we keep them the longest, it can go up to more than an hour!

The main “bobos” we’ve seen relate to lumbar pain from overuse of the area. When we see the players bend their backs to break, we understand better! We also had plantar problems because there are a lot of jumps causing shocks in this area. We also see a certain stiffness in the lower body, which is normal when we see the biomechanics of the padel, the whole lower chain is heavily strained: the players are constantly crouching or jumping and accelerating.

At the Palais des Sports they had access to the ice bath which is great for them so we sent them for a short three minute cryotherapy session generally then they immediately came to visit us for recovery (massage/mobilization) often lower body only the majority but also for the whole body for others and for some more specifically with inflammatory injuries such as tendonitis / plantar fasciitis / epicondylitis that we tried to reduce as much as possible because they have to play intense matches from the next day and they continue with a few days later another tournament.

PM: What are the characteristics of padel players?

CR: There are different morphotypes as in all sports, and each morphotype has a specificity. Everyone therefore plays with the trump cards that their body gives them. If we take the example of Franco Stupaczuk, who is impressive because he is very explosive. He is neither the heaviest nor the most muscular on the track, on the other hand he develops a lot of power in a short time. Hence this huge capacity in smash that he was able to pull out all week.

There are impressive players with their highly developed physique, but at the same time very
explosives like Ale Galan, who has a very dense lower body! We also see a Pablo Lima with a huge upper body, here too everyone plays to his strengths and adjusts his game to his
morphotype.

These are players who are all balanced at this level, they are all athletes. They train several times a day (strengthening/flexibility/mobility), have an adapted diet and a
regular follow-up. Whether they are women or men, they leave nothing to chance.

PM: We saw several players go through the cold bath, which one lasted the longest?

CR: It’s true that most players went through the cryo bath and that was a bit of a challenge
for some to try to last the longest. And what I can say is that it is not necessarily the youngest that stays there the longest!

CR: There are many but we keep them with us out of respect for the players and the organization of the World Padel Tour.
I’m going to tell you one anyway, which is an honor for the player in question. After his defeat
a player left us three rackets, he gave two to physiotherapists and one to Enzo, the
mascot of the ball boys. Guess what his name was!

Xan is a padel fan. But also rugby! And his posts are just as snappy. Physical trainer of several padel players, he digs up atypical messages or deals with current topics. It also gives you some tips to develop your physique for padel. It is clear that he is imposing his attacking style like on the padel court!

on the same topic