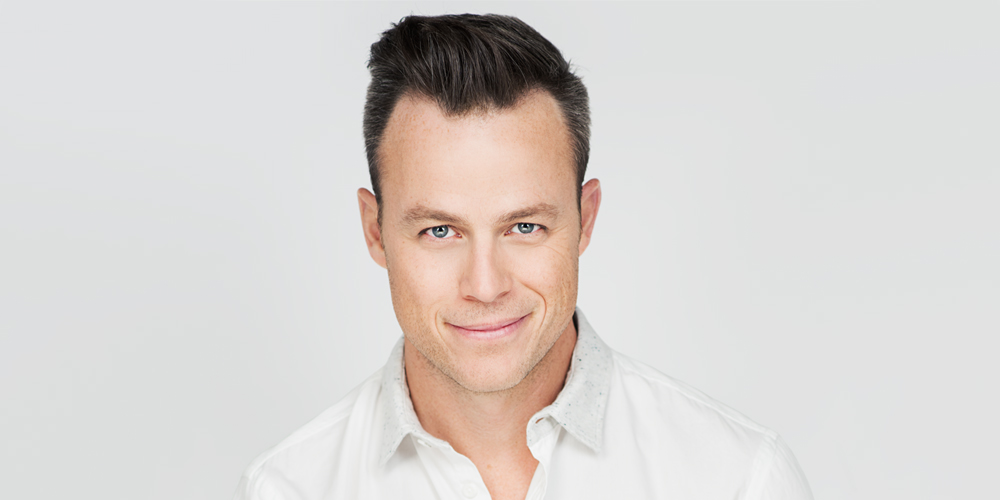 A few months ago I wrote a post about my “back nine”, thinking about what the next few years of my life, my career, would be now that I have quite a few miles on the odometer. The past few weeks have allowed me to experience the first chapter of these previous nine. The chapter of transfer, transmission. To feel like a quarterback in football putting the ball in the wearer’s hands and watching the game unfold by being a privileged witness to the situation unfolding before him. 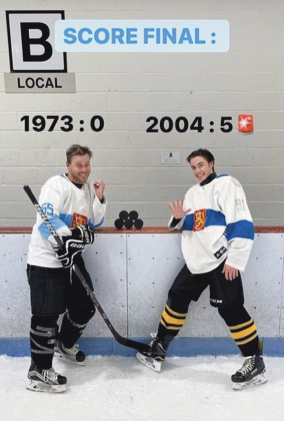 April 2022. Players are missing from our hockey league. I’m asked if Justin wants to come and play with us. Justin accepts and here he plays against me in a garage league. As I sat on the couch, I was overwhelmed with emotion as the guys I’ve been playing hockey with for fifteen years were having fun with my son. If you see him stop at the edge of the boards during a game stoppage, lean against me with conviction and hand me the puck and say to me, ‘Damn it! A gift! I like that, making my fans happy!” under the amused gaze of the other old folks and their comments: “Cr…, he’s going to drool like you!”

May 2022. I’m sitting in my living room dying of stress watching Delphine chronicle at Good evening! Mix of pride and fear. Fear of pressure, hateful comments, knowing too much about an environment that can be merciless. But Delphine is only 19 years old. Youth and carelessness do not paralyze her as if she were 48 years old! I have the impression that I am witnessing the hatching of a young woman whom I know by heart. With its fragility, which makes it so endearing. And her amazing confidence, like when she finds an agent and makes contracts without even consulting us. Mix of pride and “are you crazy, you?”. Like in 1995, in Drummondville, when I told my parents I was going to enroll in the National School of Humor (ENH)… 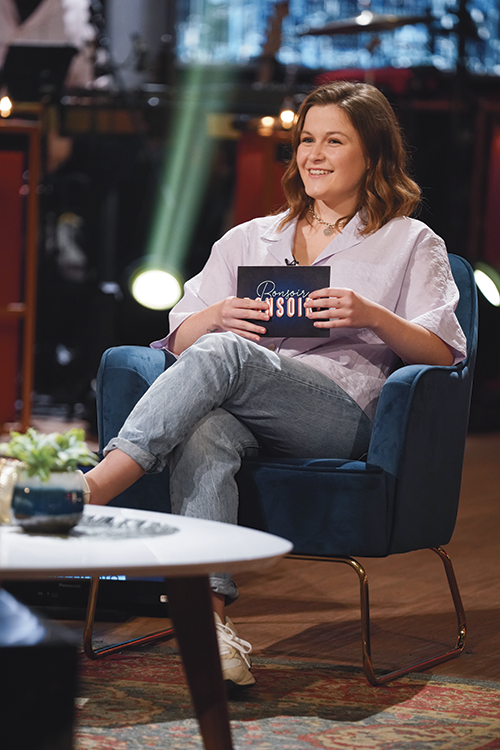 This is the new chapter being written every day at breakneck speed. The one in which I slowly but surely take on the role of mentor, assistant, coach. Count less often and become a setter. Me who likes the shade, it suits me perfectly. Because with us, Mom, it’s spontaneity, fun, charisma in its purest form. Papa is the planner, the engineer, but also the party buster who sees the clouds in the distance even when the sky is clear.

Yesterday morning, in 1996, I left the ENH, I did shows with Alex Perron and Jean-François Baril, I learned from François Avard. Suddenly here I am, teaching my son humorous principles, who would like to write comedy, advising Delphine for her summer talk show… like her mother in 1990, who wrote chronicles on Summer memories, a program hosted by Yves Corbeil. It is also to frame the fun and put it back at the center of the life of Raphaëlle, who now plays in the musical Anne†

To complete the circle, I will be shooting a TV series with my friend Éric Bruneau this summer. A show where the idea of ​​intergenerational transmission is central to the story. I’m going to play the role of tennis coach. Coaching Éric on TV as in life, when he looks back on his career as an actor, author, producer, house buyer, in short a series that looks like a metaphor for our own lives.

Gone are the days when I gave orders. Done, the “go to your room”. The tone and attitude are very different. My children now need support, a tool to write their own chapter. Transference is leading without dictating. Sometimes it is also watching them go out onto the field, because that is part of the learning process. It’s showing humility and accepting to be part of the show, but behind the scenes. And that is love. Powerful. unconditionally. This is the part I’m least concerned about.