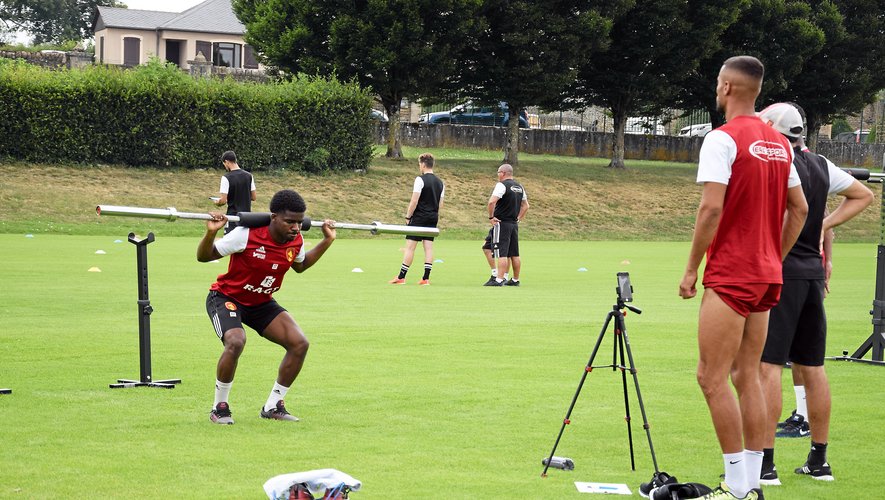 While the Ruthénois resumed training on Tuesday, June 21 with physical tests in anticipation of their first ball practice the following day, several questions surround the blood and gold club as the summer preparation kicks off, with very discreet communication.

Will the choice for the reduced workforce be renewed?

Approaching the previous season, a year ago, a new strategy was adopted by the Ruthenian leaders. It consisted of reducing the number of players in the squad. A way of choosing quality over quantity while striving for better group cohesion, avoiding very underused players and dragging their spleens throughout the season.

Only, despite a successful first half of the championship, the Raf measured the limits of this strategy. Laurent Peyrelade, the coach, lamented a lack of vitals, which prevented him from making 10 against 10. He was also racking his brains over the winter, when his staff was hit by numerous absences, partly because of Covid. These inconveniences, as well as the recruiting of four players in January, suggest that the group will be structured differently next season.

After 18 games without a win and an exciting end to the season, Raf saved their skin with three wins in the last three days. With a common point during these successes: a tactical scheme in 5-4-1 is preferable to the usual 3-5-2. It remains to be seen whether Laurent Peyrelade wants to keep this organization or return to his usual plan. Even try another scheme, he who two years ago had tried – in vain – to set up a 3-4-3. Friendly matches should answer this.

In which positions does the Raf still need to be strengthened?

This answer will also depend on the two previous ones. But the fact remains that with the departures already registered (Vidal, Kérouédan, Leborgne, Zidane, Dembélé and Vilhjalmsson, plus the loan proceeds from Varane and Tiéhi), several sectors need to be strengthened. This mainly concerns the right side and the attack, possibly the midfield.

At the end of last season, President Pierre-Olivier Murat expressed his desire to recruit “one experienced player per line”† For now, there are only two reinforcements: goalkeeper Sébastien Cibois (ex-Brest) and midfielder Antoine Valério (ex-Nîmes). Others would have to step in in the coming weeks, for a club that in recent years has been quite used to doing most of its recruiting before resuming training.

Who will be the starting goalkeeper?

Cibois or Mpasi? The Ruthenian coach, who is used to prefer a clear hierarchy in the goalkeeper position, will have to make a decision next season about the identity of the holder. At the age of 24, the former Brestois arrives in Aveyron with a desire to relaunch his career, having been relegated to the position of number 3 in the L1 club a year ago after a serious ankle injury. As for the Congolese international, holder of Raf for a year and a half, he has been questioned several times by his coach, who has made mistakes with serious consequences. But was also one of the decisive elements in the three victories at the end of the season, capital in the maintenance of the Raf.

What future for Pierre Bardy?

At the start of last season, the captain trained at the club has gradually fallen back into the hierarchy. After losing his armband and then his place as usual starter, he even missed the last six games of the season by choice of coach and at least through injury. The coming weeks will show whether Pierre Bardy will step back into his coach’s plans. Or if the last exercise caused a definitive break for this emblematic player of the club, still under contract for a year.

Will Amiran Sanaia be able to regain his best level?

He too is a historic blood and gold, having been with the club for five years. Due to a tumor discovered in October, the Georgian had missed much of last season, busy treating himself. Renewed by the club, he is still part of the workforce and aims to become a top player again at the age of 32.