Message to Mario Strikers fans! On the occasion of the last Nintendo Direct held on Wednesday, February 9, 2022, Big N announced the release, this year, of Mario Strikers: Battle League Football, software reminiscent of the success of Mario Strikers Charged Football released on Wii in 2007. A new opus released on June 10, 2022. We tested, we tell you!

the Nintendo Direct of February 9, 2022 has, without a doubt, revealed many surprises for all fans of nintendo… And among these, Mario Strikers: Battle League Soccersoftware from the franchise Mario Strikers and awaited by many fans, who could have sanded down the latest software in the saga in particular, until now, Mario Strikers Charged Footballreleased on Wii in 2007.

A new opus that has therefore offered the luxury of a trailer, showing some of the features of the game, but above all a release date for the June 10, 2022† As for the software, the trailer show us several interesting things about the possible matches: tackles, objects to use (as in Mario Kartspectacular special shots… Full of features to discover to dominate the match and take the win. 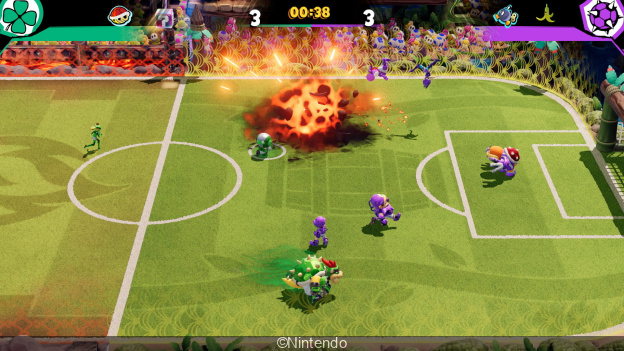 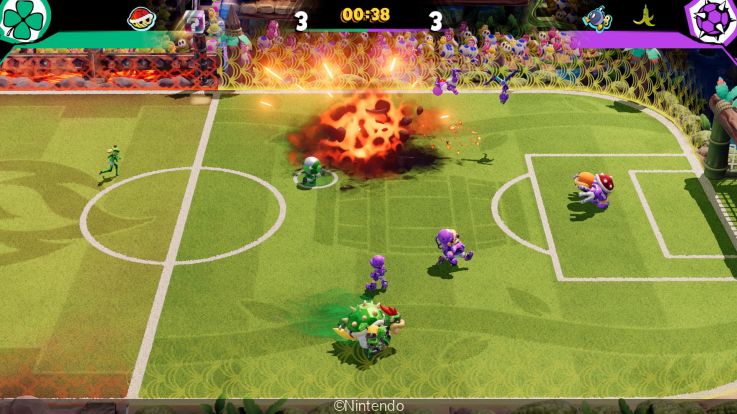 A more specific point is also made about the gear that not only changes your character’s appearance, but also their speed, their strength and the accuracy of their passes. Another point was also made about “Hyper Strikes”, to be activated by picking up orbs that appear on the field, and to recharge when the opponent is distracted. Each “Hyper Strike” that results in a goal will be worth two points, which will spice up the games.

Note that it is also possible to local cooperativebut also online via the club mode† Each “Club” can bring up to 20 players together, making games as crazy as possible.

Mario Strikers: Battle League Football is indeed the worthy heir of the Mario Strikers Charged Footballjust as crazy and addictive, offer football matches checked and corrected with sauce nintendowith passes, dribbles, shots on target, but also and above all, what makes the salt of the game and of the previous opus, loaded shots, real cannonballs that destroy everything in their path (and let you score, at least passage) .

But a software that doesn’t necessarily fall into everyone’s hands… Regular users will find the mechanics of previous software, with some new features nonetheless, but novices could quickly become disillusioned if they hit the relatively high difficulty setting (we played in level normal), because the matches are hard to win if you don’t master the different moves and commands perfectly.

And succeed, there are many to know… Too many in fact. We therefore recommend that you maybe start on the easy level to get your feet wet, and then move on to the normal level to challenge yourself, otherwise you risk leaving the game without appreciating all the subtleties. In addition, the to build characters through gear purchase is interesting, but you still need to win matches to be able to buy them.

We also appreciate the graphics of the game, quite well done, between the game mario classic 3D and comics, with more raw comic bubbles for charged attacks. We appreciate the bonuses just as much in the game who, like Mario Kart, brings a real plus to the parties, even more fun. And on the field side, these are smaller than the other apps in the franchise, making the games more dynamic!

Keep in mind, though, that you should be playing the game on your own in just a few hours, with the importance of the software being the multiplayer side, whether you’re playing locally or during online competitions. In short, you will understand, Mario Strikers: Battle League Football is THE game for all fans of the franchise and football fans. And for the others a great discovery despite the difficulty. We get the software, friends?