What do we want to allow or undertake, build or destroy, beautify or spoil? Where do we want to live and what care, what love do we have for this area where our lives are lived and shared?

The answer can begin with this other formula: Born here or elsewhere, whether from the north or the tropics, we have Quebec in common. This sharing is decided and defined at any time, in any place: in such a street or alley of La Petite-Patrie or Limoilou, such a dairy farm between Sainte-Élizabeth-de-Warwick and Victoriaville, such a forest around Val -d ‘Now, such a building in Coaticook or Mashteuiatsh. This is where our sovereignty or our resignation first becomes a reality.

What exactly does the formula mean: we have Quebec in common? First, it means that we choose to make this geographic and political area the space of our lives, that we agree to it. Born here or more or less recently arrived, we could go or go again. […] The fact of staying here can certainly be the result of a lack of choice, driven by poverty and the inescapable restrictions that make migration impossible or extremely painful.

But it is likely that in most cases this choice to stay obeys a certain attachment, the sense that this territory is habitable, that personal and family life, a job, a profession, hobbies, friendships, social ties and a decent track record, within the framework of the rule of law, are possible there.

The real question is, would I live better and happier somewhere else?

Dwell, stay: don’t these words smell like? Maria Chapdelaine, aren’t they the pinnacle of quiet permanence, of acquiescence to inertia? On the contrary, it seems to me that a sedentary lifestyle appears today more than ever as an act, a challenge, a project. […] From the development of cities, the protection and exploitation of agricultural land to a North that inspires dreams but that remains inaccessible and too little known, the relationship with the territory concerns real life and mobilizes a collective consciousness, it calls policy, opens perspectives. We talk a lot and rightly so about contemporary migration movements, but homelessness as a way of life is an exceptional choice. It is enough to know a little bit of the history of the Jews in Quebec to understand how much this people […] demonstrated in Quebec and especially in Montreal extraordinary suitability for the occupation of urban space. Both by establishing many institutions necessary for social life (education, health care, community services, cultural and religious sites) and by the artists engaged in painting or writing the city, the Jews contributed to the bringing an urbanity in which French Canadian culture and literature remained somewhat impervious to the era of “coming to town”.

As Régine Robin has shown, especially in her novel the Quebecerand Naim Kattan, in Birth citiesMigration is always the experience of a superimposition of territories, through a palimpsest effect that reveals ancient layers of signs and references among those who present themselves upon arrival. I was struck by the story of Joséphine Bacon, who tells, in the documentary film my name is human, that when she arrived in Montreal from her Innu land of Pessamit, she walked the streets and neighborhoods of the city with the flair and cheerful curiosity of a hunter. The great foreign city thus brought to the fore the traditional territory, the signs and customs of the native land. Isn’t this also the migration experience of many Quebecers who came to the city from their region: a superimposition of references much of which we find in the poetry of Gaston Miron. […]

The territory is both a need and an opening, an everyday fact that begins with the neighborhood and the very space of a culture and an imagination. It is there, concretely, that our physical reality and our quality as interpreting beings, character decipherers, immersed in the otherness of the world, both in its material presence and in its temporal texture, are combined. It is there, in one place and with a view of the horizon, that human faces, their riddles, their worries, their desires, their sufferings appear. I cannot imagine my own poetic and pedagogical journey without this both existential and literary experience of the area, life and books never ceased to dialogue and mutually fertilize each other to form a multiple Quebec reference . 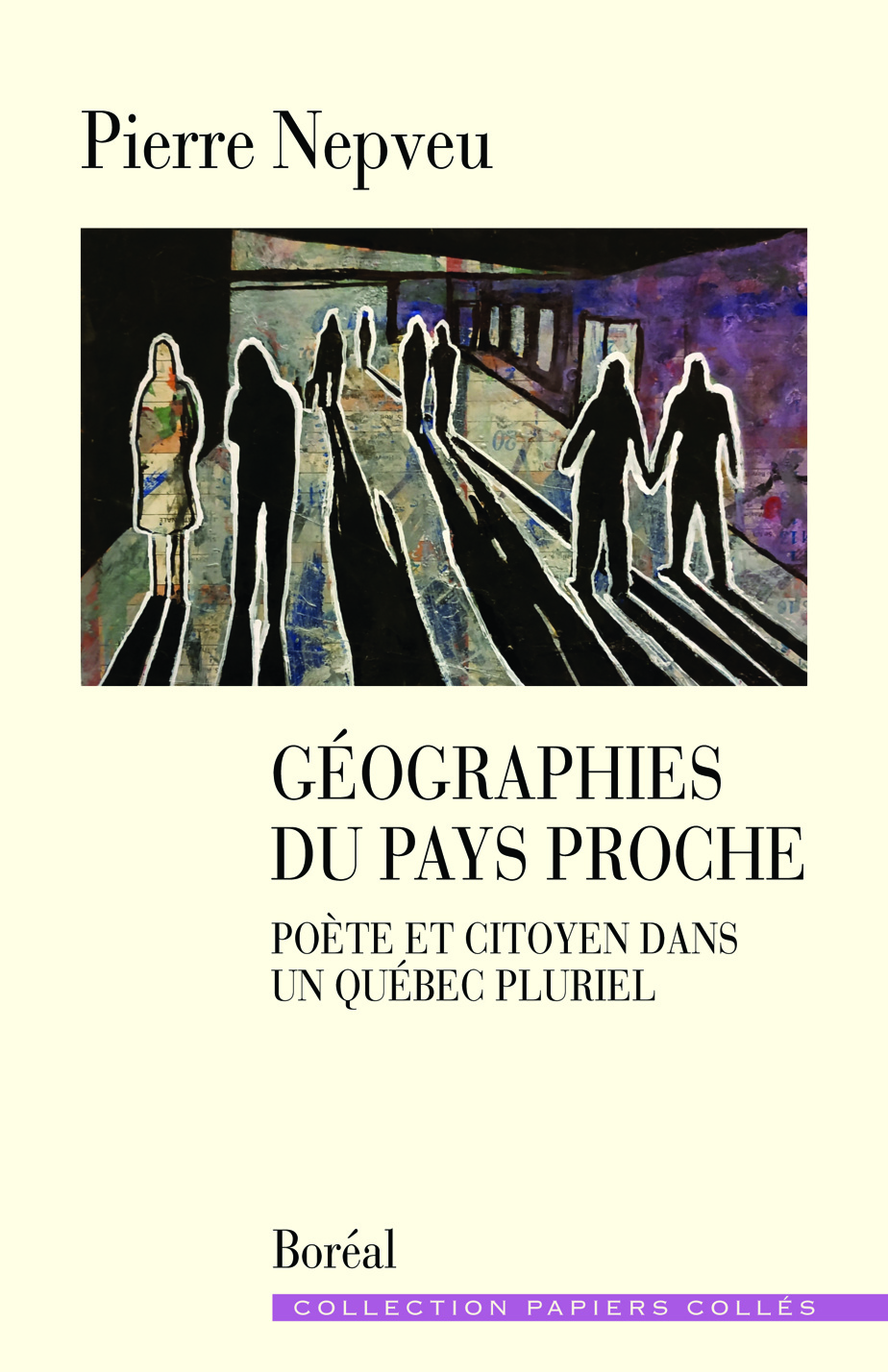 Geographies of Neighboring Countries Poet and Citizen in a Plural Quebec

Poet, essayist, novelist, he taught literature for 37 years, mainly at the University of Montreal, which earned him the title of Professor Emeritus. His work as a critic and essayist focuses on the mutations and migrations of Quebec’s identity through his literature, set in the broader context of America.