After being virtual for two years, the Rector Award was presented in hybrid form on 18 May.

The presentation of the Rector Awards 2022 took place in person on May 18 in the atrium of the MIL Campus Science Complex and was broadcast online. These awards highlight the achievements and dedication of employees who stand out and exemplify university values ​​in an exceptional way.

For the Rector of the Université de Montréal, Daniel Jutras, the winners of the Rector’s Awards embody the best of UdeM. “They are pillars of their teams and forces of change in their environment,” he said at the start of the ceremony. They contribute through their actions to increasing the positive and enlightened influence of our establishment. They make us want to surpass ourselves.”

These are the applications that convinced the jury members of the Rector Awards this year. 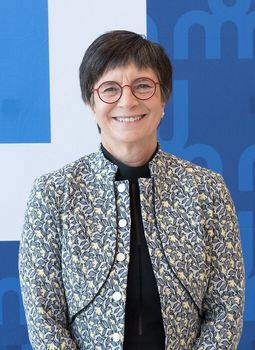 The Leadership Award, new this year, was created to reward the mobilizing and visionary qualities of a person in the context of his task or of a project. It was awarded to Marie-Claude Binette, Registrar of the Université de Montréal, whose leadership has made it possible to carry out numerous projects, including the implementation of Academic Synchro between 2011 and 2015 and, more recently, its adaptation to the pandemic situation.

“For almost 10 years now, Marie-Claude advises, supports, advises and makes decisions based on two principles: that the quality of the student experience is central in projects, actions and services, and that well-trained employees are competent and satisfied at work the cornerstones of these projects, actions and services,” wrote Annik Gélineau, assistant registrar, in the application file.

Two Coups de coeur were also awarded in the Leadership category. One of these went to Radhia Hamdane, project manager in the Space Planning and Management Office of the Buildings Department, for the development of the landscape architecture master plan. The other went to Claudel Pétrin-Desrosiers, clinical education manager in the Department of General Practice and Emergency Medicine of the Faculty of Medicine. She is the first physician to teach a course dedicated to the climate emergency to create tomorrow’s climate-neutral healthcare system. 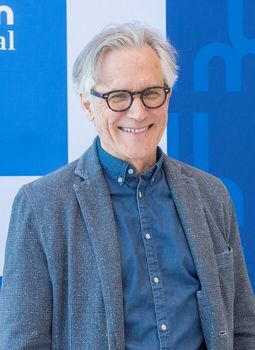 The Innovation Prize, also new this year, aims to congratulate a person who dares to change within the framework of their functions by proposing and implementing new ideas. It was awarded to Robert Normandeau, professor at the Music Faculty. An internationally recognized digital figure, he is about to retire.

Robert Normandeau, a multi-award-winning composer, obtained his first PhD in electro-acoustic composition from the Faculty of Music in 1992. The program was in fact opened to him. When he was recruited by the faculty, he assumed responsibility for the bachelor’s degree in electroacoustic composition, a responsibility he has assumed almost continuously ever since. He also helped establish the bachelor’s degree in digital music in 2015. His research is mainly focused on the concept of space in electroacoustic music and he has received more than a million dollars in grants during his career.

“Digital technology has become essential and distinguishes our establishment on an international level”, stated in the application file Nathalie Fernando, Dean of the Faculty of Music. 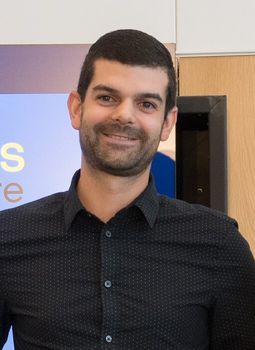 The prize for community involvement went to Alexandre Estebe, promotion officer at UdeM residences. For over two years, he has been a Food Bank representative at the University of Montreal and a mentor in the organization. This student group is committed to combating food insecurity in the student population by offering different types of food every week. During this weekly half-day, a dozen volunteers deliver the food collected by Moisson Montréal to about 200 students.

“Alexandre’s role has been decisive and remarkable in light of the pandemic context in which we have been operating for the past two years. Very quickly, Alexandre was able to recognize the Food Bank as an essential service and guide the team so that it could resume its activities a few weeks after the general pause announced by the government in March 2020,” wrote Jean-François in the Jean-François Dufresne application file , head of humanitarian and community actions for student life services at UdeM. 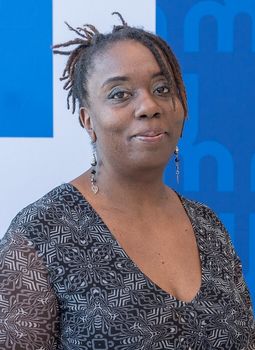 The Diversity Award, which recognizes projects and practices that encourage and value diversity and inclusion in the university community, was awarded to Myldred Larathe, student records management technician in the Faculty of Pharmacy.

She is the co-founder and co-chair of the first Caucus of Black Employees of the Université de Montréal (CEENUM), whose mission is to provide a space for collaboration and mutual aid for UdeM teaching and non-teaching staff from black communities. It now has over 120 active members.

“Myldred has demonstrated exceptional commitment, great leadership skills and made a tremendous contribution to our academic community during his tenure as president of the association. Due to her dynamism and her passion for the advancement of black communities, she did not hesitate to invest time and energy in organizing and guiding monthly meetings, thematic activities, numerous communication with members and partners. She also participated in several events during the lunch break and after busy working days to promote the association outside the walls of the university,” wrote Pascale Caidor, university lecturer and member of the steering committee of CEENUM, in the application file.

This award is given to a team to celebrate innovation, commitment and achievements in promoting French in the UdeM community and beyond. Monique Cormier launched the competition when she was director of the Bureau de valorization de la langue française et de la Francophonie and Ha-Loan Phan is the coordinator.

The competition Loose your tongue! aims to promote the French language to undergraduate students and prepare them for their entry into the labor market by giving them the opportunity to present a paper in front of an audience. In 2020-2021, it took the virtual turn and welcomed participants from the University of Quebec in Rimouski. After that, Concordia University, University of Sherbrooke and University of Quebec in Chicoutimi also participated in the game.

“UdeM’s new strategic plan states that it has the ambition to eventually become the most influential French-speaking university in the world, alongside French as a springboard to diversity. The competition Loose your tongue! in the sense that it promotes French in a playful and festive way, increases the attractiveness of our language and contributes to the achievement of our strategic objectives”, underlines the application file Jean-François Gaudreault-DesBiens, Vice Rector Strategic Planning and Communication.

The Collaboration Award emphasizes the coherence and efforts that lead to the achievement of a common goal or the success of a project. It was given to the CEPSUM sports day camp team. It consists of Marc Sarrazin, coordinator of children’s programs and recreational activities and events, Nawfal Benmira, manager of sports day camps, and their seasonal employees, mainly UdeM students.

Every summer, an average of 5,500 young people aged 6 to 17 participate in CEPSUM camps. In 2020, everything was turned upside down due to the pandemic.

“The CEPSUM day camp team had to quickly and skillfully demonstrate innovation and exceptional adaptability before and during the summer of 2020. While almost everything had to be done remotely, taking into account the threat of COVID-19 – recruitment, training, implementation of health measures, development of programming, etc -, the team mobilized impressively (and in an unimaginable time! ) to succeed in offering a day camp that was 100% safe and adapted to the youth of our community,” wrote Manon Simard, executive director of CEPSUM and team leader in the application file.

This year, more than 3,020 young people took part in the day camps. Building on this success, the team has maintained the formula in 2021, with an improved range of specialist camps. More than 4,050 young people were welcomed there last summer.

Two Coups de coeur were also awarded in the Collaboration category. One went to the Bureau du registraire team, led by Marie-Claude Binette, for the electronic student file project. The other was given to the team of the Faculty of Education, led by Dean Pascale Lefrançois, for carrying out the project to review and harmonize all its professional programs for graduates.

You wonder why the commitment of the teaching staff in the different facets of the education and guidance of the student community was not rewarded during this ceremony? It is that he will be present at the evening of the awards for excellence in education, held during the convocations for the degrees.

last A donation to McGill and UdeM gives life to a collaborative piano hub May 19, 2022

In connection André Veillette, first winner of the IRCM Outreach Award May 19, 2022