Cases of indiscipline or bad behavior abound in schools. Refusal to comply, harassment, drugs, alcohol, among others, the list is long. The authorities are working to prevent the situation from getting worse, but isn’t it too late? Elements of answers with the actors of education.

The general laxity of discipline is one of the most serious problems of the modern education system. Incessant chatter, refusal to work, intimidation of other students, brutality, so many examples of indiscipline in the school environment. At the level of assault, the victims sometimes do not want to charge their attacker for fear of other blows. “When I saw shoe marks on my son’s white shirt, I understood that he had been beaten in college. He was silent for several days,” Shenaz says. She immediately took her son to the hospital and made a report to the rector of the establishment.

Two weeks ago, a father found out that his son was being attacked by three other students through a video circulating on social networks. On the other hand, in Rose-Hill, a 16-year-old boy took his courage in both hands and filed a complaint against a classmate who tried to strangle him.

The daily brutality of the students

Education professionals note a resurgence of indiscipline in the school environment. Some students don’t seem to want to follow the rules anymore. They resist and are constantly outside the classroom. Headteachers struggle to get them back on track. While confronting lack of discipline used to be the real first test of the teacher, today it has become almost a daily test.

Here’s what Sanjay, who has been teaching at a private school in the capital for 26 years, has noticed. “Today, a student tells with alarming ease that he is late for class because he woke up late. Some speak to you without an ounce of respect. Still others go straight to sleep in class, because they played the day before. When we ask them to be more disciplined, they ignore reprimands,” he says.

According to him, children have a reaction to every protest. In the academies, the situation is hardly brilliant where the school staff attend love scenes in broad daylight! Worse, drugs and alcoholic beverages were often found in students’ school bags. Another teacher explains that the parents who are called to school because of their child’s bad behavior are completely incomprehensible. In addition, the rectors deplore the conflicting relationship between children and parents. The latter often show that they have lost their authority.
The solutions
Harrish Reedoy is the president of the United Deputy Rectors and Rectors Union (UDRRU) and also headmaster of Camp-de-Masque State College. He believes that discipline is not just a few controls. “It should be an ongoing process to reinforce positive, rule-abiding behavior in students. They should also be helped to internalize positive values ​​and develop long-term self-discipline. Achieving this requires a school-wide approach involving school staff, students and their parents,” he says.

He cites the example of his college that has implemented a behavioral management points system for students since August 2, 2021. “In addition to the standard student code of conduct, we also have a points system to identify those who are constantly disrupting the school’s educational process. Our goal is to help every student become a positive and responsible citizen. The formula is that each student has a bank of 100 disciplinary points at the beginning of each school year. A set of rules has been established. If the student shows unacceptable behavior as described in the rules, points will be deducted from his bank. After the loss of 100 disciplinary points or serious misconduct and on the recommendation of the school’s disciplinary committee, the child will be sent back for a few days,” added Harrish Reedoy.

For his part, the President of the Education Officers’ Union (EOU), Manoj Rughoobur, offers the following solutions to solve the problem:

Bashir Taleb of the Federation of Private College Managers for his part is calling for more awareness programs. He argues that this can also be done through a special curriculum.

The situation is closely monitored by the Ministry of Education. An employee explains that it is important to note that most incidents take place outside of schools. Officials insist the situation is being looked at on a case-by-case basis. It should be noted that the ministry has a program on managing emotions to help students with their school careers and become responsible adults.

Brigade for the Protection of the Family: Rights and Obligations of Students

The Family Protection Brigade is conducting an awareness campaign at all schools and universities on the island. The goal since the resumption of classes last February is not only to raise awareness, but also to inform students about the contents of the Children’s Act 2020.
Officers look at:
The rights, duties and responsibilities of children.
Child labor.
Discrimination.
Bullying.
The right to privacy.
Injury.
The lie.
Marriage and cohabitation prohibited for minors.
Sexual abuse and child abuse.
Students are also affected by:
Cybercrime, child pornography and how to avoid chatting with strangers on social media.
Not meeting people online.
Do not share personal information and nude photos with people on social media.
During the sessions they are made aware of:
Respect for teachers, members of the public and those of the family.
Moral values.
Behavior in public places and school grounds.
The use of alcohol and tobacco products is prohibited for minors.
Mutual respect from friends.
The danger of peer pressure.
The officers of the Brigade for the Protection of the Family also warn that bad behavior can appear on the deed of character.
Below you will find the figures that this brigade has collected for the reported cases for the various offenses for 2021 and to date. 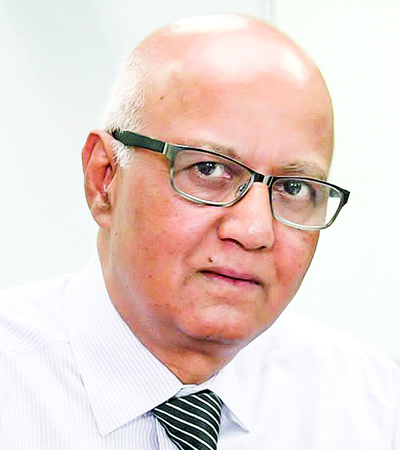 dr. Om Nath Varma: “School is not the place where such behavior arises”

In the following interview, the former director of the Mauritius Institute of Education (MIE), Dr. Om Nath Varma, highlights the causes of indiscipline in schools and offers some solutions.

The media has reported on some cases of indiscipline in schools in recent days. Would you say they are more violent than usual?
It is true that the media has focused on violent incidents, but such violence can happen at any time and has happened in the past. The real question is what do we do about it.

What do you think are the causes?
If we were to look for causes, we would have to examine the behavior of people and groups outside the school. The school is not the place of origin of such behaviour. We are aware that violent behavior has erupted in some parts of the country as police attempted to arrest individuals engaged in illegal activities. There are places where the police are confronted with hostile behavior from people who tolerate criminal activity.

It is probably not fair to rationalize such behavior in terms of cyclical constraints, because there is no reason to impair the smooth functioning of our institutions. Such situations convey the negative message to young people, namely that violent action is acceptable because the police do not act.

People who do this know that others will not report it. Others dare not do anything for fear of reprisals or because people are afraid to participate. It’s like a license to violence that we give to young people! Some of them feel like the family or the adult will suck them out. In addition, teachers often say that parents have no affiliation with the school and that they tend to side with their children no matter what they do.

How to cure it?
Clearly the solution is not to blame each other or come up with clever answers, as if some have a monopoly on the solution and wait for power to implement it. School and academic success require a renewed contract and a home-school partnership. Parents should trust the school and understand that the effort should be focused on helping the child.

The family should be more concerned with socializing children to value education, making education the primary concern for the child. Parents should be aware that they cannot spend that much to pay attention to what the child would be doing outside of school, such as tutoring. If only they did and played their part in the right way by telling the child to get the most out of school, half the battle would have been won. But very few people talk about this collaboration. If we dare to see, we will find that successful schools are those where this partnership is strong.

I am aware that this is a very sensitive issue in Mauritius. It is a country where:

Parents and teachers are not used to doing more than is possible during school hours.
Vacations are taken for granted as days without work.
Teachers feel they have to pay extra to do more than they do.
However, it is high time to face reality and understand how the school is succeeding in the countries where it is doing better. If we are not ready to change the tradition of teaching or managing schools and parents do not understand that salvation lies in partnership with the school, then we must stop complaining about the problems we face in schools today.