(Ecofin Agency) – Health news in different countries on the continent…

According to the StopBlablaCam media, the UN will pay out more than 950 million FCFA to fight the cholera epidemic that has been raging in the Central African country for several weeks. † This funding will support health, water, sanitation and hygiene (WASH) activities aimed at reducing morbidity and mortality in cholera-affected households and limiting the spread of cholera to neighboring communities.says the UN’s Central Emergency Response Fund (CERF). According to the United Nations, ” the number of cholera cases in Cameroon, first reported in October 2021, has risen sharply in recent weeks. In March 2021, more than 1,200 cases were reported in one week. As of April 18, 5,718 confirmed cases were reported, mainly in the Southwest (4,244 cases) and Littoral (1,195 cases) regions. †

The number of measles cases worldwide has increased by 80% in the first two months of 2022 compared to the same period in 2021, against the backdrop of Covid-19 disrupting vaccination campaigns, the WHO and UNICEF said. These warn of conditions conducive to serious outbreaks of vaccine-preventable diseases. More than 17,300 cases of measles were reported worldwide in January and February 2022, compared to 9,600 in January and February 2021.

WHO and @UNICEF warn of a ‘perfect storm’ of conditions – ripe for serious outbreaks of vaccine-preventable diseases https://t.co/jjmwgWGt9Q pic.twitter.com/r04UvGTSVg

Pandemic-related disruptions, growing inequalities in vaccine access and the use of resources for routine immunization leave too many children unprotected against measles and other vaccine-preventable diseases. According to the two UN agencies, in a press release published this week, Wednesday, April 27.

In April 2022, agencies reported 21 major and disruptive outbreaks of measles around the world in the past 12 months. Most measles cases have been reported in Africa and the Eastern Mediterranean. On the continent, Somalia, Nigeria and Ethiopia are the countries that have experienced the largest measles outbreaks since last year. Inadequate vaccination coverage against measles is the main reason for outbreaks wherever they occur, according to the WHO.

New appearance of Ebola in DRC: 2 deaths and risk of spreading

In the Democratic Republic of Congo (DRC), the Ebola virus disease has resurfaced in the city of Mbandaka. Health authorities announced the epidemic a few days ago, after confirming a case, in this town in northwestern Equateur province. It is the third outbreak in the province since 2018. 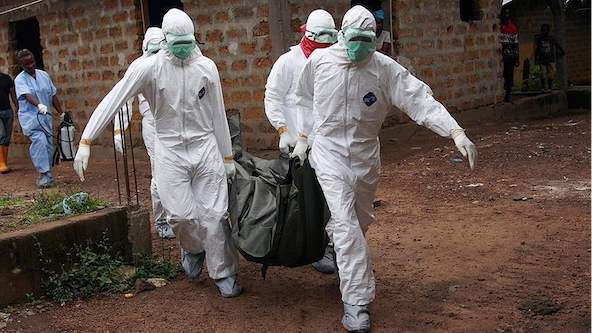 To date, two deaths have been confirmed, including people who knew each other. The first was a 31-year-old college student who was visited in hospital by friends and relatives before he was diagnosed with Ebola. The second, a woman, was his sister-in-law, who cared for him during the early stages of his illness.

According to UNICEF, one of two Ebola cases in this latest outbreak involved prolonged contact with a large number of people, including doctors and nurses, doctors report. †Tracking the patient’s four-mile journey from his home to the Ebola treatment center, he passed through different neighborhoods and came into contact with people he would have met in church and motorcycle taxis.said Dr. Didi Lusaba of Wangata General Hospital in Mbandaka, where the patient was treated before being referred. †Some of these people could now be in remote areas, increasing the risk of the disease spreadinghe added.

According to several institutions, including the African Development Bank, “Africa must prepare for an inevitable global food crisis† For example, the head of the pan-African institution said in a recent statement that the most vulnerable countries on the continent have been hit hardest by conflict, climate change and the Covid-19 pandemic, which have wiped out much progress. † 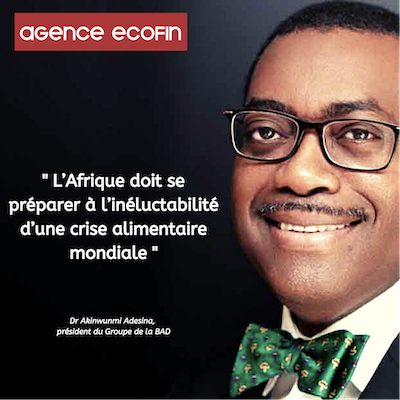 According to the former Nigerian agriculture minister, the continent, which has the lowest GDP growth, has lost up to 30 million jobs as a result of the pandemic. It is in this context that the war between Russia and Ukraine will have an impact”outside Ukraine”, especially in Africa. This is illustrated by the fact that 90% of Russia’s $4 billion in exports to Africa in 2020 will be wheat; and 48% of Ukraine’s approximately $3 billion in exports to the continent are wheat and 31% corn. The leader hasrecalled that Russia and Ukraine provide 30% of world wheat exports, the world price of which has increased by almost 50%, reaching almost the same level as during the 2008 world food crisis† The tripling of fertilizer costs, the rise in energy prices and the explosion in the price of the household basket,”could deteriorate in the coming months in Africa†

In its weekly bulletin devoted to public health emergencies in the African region, the WHO Health Emergencies Program states that it is monitoring 152 events across the continent during the week of April 18-24, 2022, the most notable of which are the Ebola disease in the Democratic Republic of Congo, floods in South Africa; COVID-19 in the WHO’s African Region and measles in Liberia.

Between April 11 and 13, 2022, southern and southeastern South Africa experienced heavy rainfall, causing severe flooding and landslides, which mainly affected the provinces of KwaZulu-Natal and Eastern Cape, the WHO says. All eleven districts of KwaZulu-Natal were flooded, including the metropolitan municipality of eThekwini and the districts of ILembe, King Cetshwayo, Ugu, uMgungundlovu, Umzinyathi and Uthukela, which received the most intense rainfall and therefore were reported as the most affected. Likewise, the most affected districts in the Eastern Cape are Alfred Nzo, Joe Gqabi and OR Tambo. As of April 19, 2022, 435 people had died and more than 48 others were missing, according to the South African government. In addition, more than 40,000 people have been displaced, while nearly 4,000 homes have been destroyed. and more than 8,300 others partially damaged, mainly in the city of Durban and surrounding areas. In addition, about 66 health clinics were affected and nearly 600 schools were destroyed, affecting more than 270,000 students.

Declared since December 2021, Liberia’s measles outbreak worsened, with cases peaking in week 13 of 2022 (ending April 3), health authorities say. Monitoring is made more difficult, especially in rural areas, due to the lack of analysis laboratories and the slowness of testing. Samples were transported across the country to the National Public Health Reference Laboratory for testing.

Situation of Covid-19 in the region: 8.31 million cumulative cases, more than 170,600 cumulative deaths and lethality still stable at 2.1%

Overall, the situation continues to deteriorate. The most affected country in terms of recorded cases, South Africa, still registered a new outbreak after several weeks of decline. For example, in the week ending April 24, 2022, more than 24,678 new COVID-19 infections and 177 new deaths were reported from 30 and 13 countries in the WHO’s African Region, respectively. This translates into a 69.0% increase in the number of cases and a 136% increase in the number of deaths. A total of 26 countries (55.0%) reported a 20% or greater decrease in new cases (Table 1), while Algeria, Burundi, Eswatini, Kenya, Rwanda, South Africa and Togo saw a 20-year increase . % or more in the number of weekly cases compared to the previous week.

Some cases of yellow fever in Burkina Faso

As of April 3, 2022, 105 samples from Burkina Faso have been collected and tested for yellow fever in the national laboratory (Centre Muraz). One case tested positive for yellow fever by the plaque reduction neutralization test (PRNT) of the two IgM positive samples sent to the Pasteur Institute in Dakar on March 29, 2022. The PRNT positive case is a 45-year-old man from Bagayiri village, Boussé District, Central Plateau region, with no history of yellow fever vaccination. Symptoms appeared in early February and the patient died on March 20, 2022, after being treated in Ouagadougou.

On April 22, 2022, the Guinean Ministry of Health declared an outbreak of lassa fever after a case was confirmed by PCR at Gueckedou Hospital. The case is a 17-year-old girl from the subprefecture of Kassandou, 65 kilometers from the capital of the prefecture of Gueckedou. The investigation has been launched and no further cases have been reported to date. A risk assessment is underway to ensure an effective response to this epidemic, the UN agency said.

In South Sudan, 3 cases of cholera were confirmed by rapid diagnostic tests, including one death (Lethality: 33.3%). All cases were reported in the Bentiu IDP camp.